Who or what can we learn from ? NLP is about modelling excellence and as I sat and watched Wales beat Italy yesterday (1/2/14), I wondered what key messages I gained? What could I use to make my life and my business even more successful?

Commitment to  goals and visions. So there are a lot of politics in the press about rugby in Wales and it was clear that they had put that aside in the lead up to and in the match itself. Concentrating on what they wanted and having absolute focus.

Innovation. Being happy to do something unexpected in order to get that goal. After all, I expect they don’t think that’s there’s failure- only learning, personal and team development. The first try was about giving something a go and seeing if it worked.

Team work. The players, the coaches, the rugby supporters in Wales all worked together to create immense motivation. I was bouncing up and down on the sofa! Imagine the coaching that has happened during the lead up to this series ! Leadership, change, support and being in the moment !

Practice. Leigh Halfpenny has a system which he practices on a daily basis and when he kicks for the posts, he knows that he has done his best. That’s what personal development is all about.

There are many more things that we can all learn from sport. Maybe other supporters and people who really want success can add to the discussion. Here’s looking  forward to the match and more success. Sign up to receive more tips on a regular basis —————————–

How to stop anxiety and improve your success

Digging Deep gets you Different Results

How to stop those last minute panics 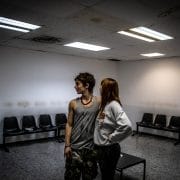 Are You in the Waiting Room? 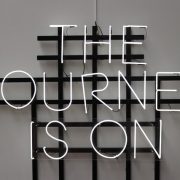 An NLP Tool – The Hero’s Journey.

Can we Change Negative Beliefs? Here are Some Tips and why we have them.
0 replies

Inspiration from a song ! Success- the importance of knowing what it is for you!