EQUALITY is a hot topic at present, and, on International Women’s Day (Thursday March 8), it will be highlighted around the world more than ever. 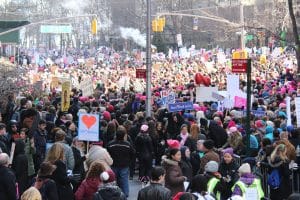 But equality may not be just about big campaigns, as highlighted at the BBC last year when they produced the pay list of their top presenters and found many women stars were getting far less than their male colleagues.

There are many issues among ordinary businesses that fall into the equality equation. Dr Bridget Kirsop, a leading neuro linguistic programming (NLP) trainer and coach based in South Wales, has highlighted how people tend to not ‘show up’ – in other words, they lack the confidence to believe in themselves as equals to their employers or other colleagues.

Dr Bridget said: “A lot of my clients struggle with confidence, self-worth and projecting success. The do not feel equal.

“There have been an awful lot of things happening over the last few years surrounding equality. The film industry have protested, as seen at the Academy Awards on Sunday when Frances McDormand, who won Best Actress for Three Billboards Outside Ebbing, Missouri, asked all the female nominees to stand up and be appreciated.

“There have been questions around equality in politics and paternity and maternity leave.

“I am interested in how people ‘show up’ in public and how you consider yourselves to be equal? A lot of clients I see are hiding away and not saying what they think and what they feel. They are just keeping the peace.

“To me, that comes from what has happened to them in the past, perhaps the way they have been brought up or things that have happened around them in their environment.

“These sort of things cause us to be small and not ‘show up’. So how can we ‘show up’ and be equal?”

She added: “If you are a boss, how are you contributing to your employee’s equality and what do you think of equality in the workplace?”

How are you Contributing to your Equality?

How to Change Rubbish Habits