Is it ok to be too busy?

The answer to this depends on the consequences of your busy life style. What I found during COVID is that I became too busy, this is because I changed my model of working to fit around the restrictions.

My husband told me just yesterday, “You’ve been really busy lately, I’ve hardly seen you.” That made me stop and think about whether I was okay about that, and whether I was happy missing out on everyday things that make life worth living.

I took some time to think, am I living my life how I want to live it? Am I taking time to reflect and grow? Am I too busy to stop and smell the roses?

Listen to this week’s video and reflect upon whether you are too busy and missing out on some things.

What I found during the pandemic is that I really missed out on the time I spent travelling to different networking events. I missed driving to my destinations, where I could forget about work and focus on the road. I found that because I was home all the time my day wasn’t being broken up and time was passing super quickly, the day passed in the blink of an eye and this was because I was too busy with work.

What I want to ask you is, what are the non-negotiables in your life that you can measure against to see if you are “too busy”.

Everyone has different priorities in their life, so have a think, what are your non-negotiables and what do you feel you are missing?

If you are struggling to make the changes and would like some help with this? let me know. You can fill in the contact form here, or book an appointment here. My phone number is 07973 635102 if you want to access that free half hour with me

See you next week

How to deal with overwhelm

Overwhelm is defined as “a very large thing that  happens to you” – either positive or negative. Mainly I see a lot of people in business,including myself, who feel as though they are struggling to do everything and therefore get stuck – often physically.

One of my clients saw me the other day – she was looking wobbly! She had done really well and then things started to happen around her that had caused the wobble.

It really came down to “Not being in control”.

She hadn’t talked to people that she needed to, hadn’t been firm with work and had just got stuck which meant that the paper work had started to build up and was overflowing all around the house.

Watch the video below and then have a think about whether you are in control and whether this leads to overwhelm for you.

When we talked through what she need to do to regain control and stop feeling the way that she did, her father popped into her mind. He had always been controlled by her mother and hadn’t really done what he wanted to do and she felt as though she was doing much the same and had lost control. Sometimes, you get so overwhelmed, it is difficult to see where the solution lies.

When you are overwhelmed , it often appears that you have far too much to do, but when you start to break it down, this is often not the case.

It’s about taking a step back and writing down the things that you need to be done, and then putting them in order of priority and making a list. And then just starting. The list, then, is the way that you can control your life and stop the overwhelm.

So my client decided to talk to the people who she felt were controlling her and also to spend 1/2 hour a day getting rid of the paper work and putting systems in place so that she didnt’ get overwhelmed again. A list emerged! It fel as though a weight had been lifted and she bounced out of my office and started to make some calls on the way home.

If you are feeling overwhelmed, decide how to take control back and make a list. And, if you are still feeling as though  you can’t take control for any reason, get in touch and book a free session with me to explore the reasons.

Life is too short to get “stressed”

Dr Bridget – helping you to live your life the way that you want to.

Labelling yourself – does it help?

Labelling is needed to cope with the vast amount of information that we have coming into our senses. If we don’t label things, we don’t know how to deal with them or what sort of behaviour we need to do to go with the label. However it sometimes is unhelpful to label things or yourself – as this blog will show you.

I was recently working with someone who had some challenges with his mindset for success, relating to things that has happened to him previously in his life. We had got rid of his negative emotions and he was doing well. However, what we hadn’t dealt with was that his dad was a hard worker and my client had labelled himself as a type A personality. Hard working, striving, life imbalance and tendency to over-react sort of sums up the characteristics of an A type personality.

So he determinedly  labelled himself as an A person and therefore his behaviour went with that and eventually he hit a brick wall and spent 6 weeks in bed. It was very upsetting to hear about it, for his wife, his kids and his associates.

As we explored the conflict, he realised that he could acually do both and that the purpose of the brick wall was to protect him while he sorted out the conflict.

Using an NLP technique called Parts Integration which gets rid of the conflict, he has now rediscovered his mojo and is enjoying his business and a balanced life.

Have you labelled yourself as anything unhelpful?

If so, have a careful think about it and either relabel yourself give me a ring if you are struggling with internal conflict.

Until next week, have a balance in your life!

How to do a Vision Board 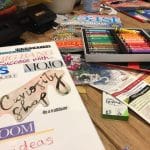 I’m guessing that most of you have done a vision board at some stage in your life- whether that was a scrap book when you were young or in a workshop or just for fun! and doing one is extremely powerful! The action of doing a vision board means that you have committed to looking at your life in all aspects and also that you want to get motivated and celebrate. I often run sessions with my mastermind group and recently joined in and did one myself – you can see it in the picture above. It has given me focus and daily reminders of what I am doing in my business and also why – very important.

Watch the video below and then find out how to do one.

What you can do a vision board about: 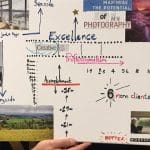 How do you do one:

And then just start and see what happens- make it fun!

Then make sure you have it somewhere where it inspires you every day!

Examples of other boards done by my mastermind group: 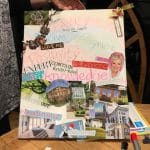 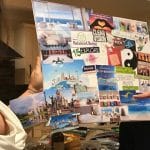 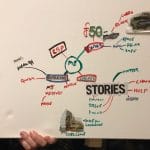 Go for it and let me know how you get on!

If you’d like to join a mastermind group and develop yourself to develop your business, contact me here

What are your Boundaries – what will you never do? 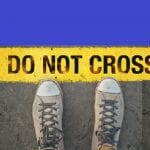 I was reading an article recently which talked about the things that the author was never going to do. I’d never really thought about that  before and found it really useful to make a list of things that I am never going to do. Since doing that, I’ve made some quite big changes and passed on some opportunities which I didn’t feel good about. These things weren’t about confidence or self esteem as I think I’m pretty OK with those, but just made me clearer on what my boundaries are and will be in the future – very useful!

Watch the video and then ask yourself the questions below and then come up with a list:

Sometimes people struggle with their boundaries and want to please others or are afraid of the consequences of not doing something that they used to do. The 2 questions that I always ask myself in this scenario are:

What if you did?

What if you didn’t?

Create a list of what you are Never Going To Do – whey hey – that’s liberating isn’t it!

Get the answers to the questions down on a  piece of paper and things will seem clearer, If you are still struggling, give me a call on 07973 635102 or fill in the form on the contact page to have a chat with someone who’s been there and will support you through finding the answers.

P.S My new FB group called One Step Closer (business success) is up and running and this is your invitation to join and get involved in going for what you want. Click here to join

5 Tips to  Manage Work Life Balance during the festive season.

I was asked to wrote 5 Tips to Manage Work Life Balance for a magazine recently and thought that it would be useful to share with you as well.

I also have a present for you!!!!! My “Mindset for Business Success” Kindle book, which is on it’s 3rd reprint, is free for the next 2 days and  you can get it by clicking on this link. Very useful for the New Year!

So, 5 Tips to Manage Your Work Life Balance during the Festive Season. Now some of you will be screaming at me ” WORK LIFE BALANCE – IT’S IMPOSSIBLE”, some of you will have worked it out already, and most of you, I suspect, will be wondering what you can do to spend time doing some work and also be happy and have fun. A lot of us run a business, some of us have a job where we might have got behind with work, and others may be looking after some very excited children and trying to keep everyone happy. Here are my 5 tips to get that work life balance during the festive season.

Have fun and be productive in whatever way is important to you! and here’s the link to the free kindle book again.